Pumpkin French Toast with Brown Sugar Cinnamon Butter is the perfect fall or Thanksgiving morning breakfast! This is seriously the best French Toast I have ever had! 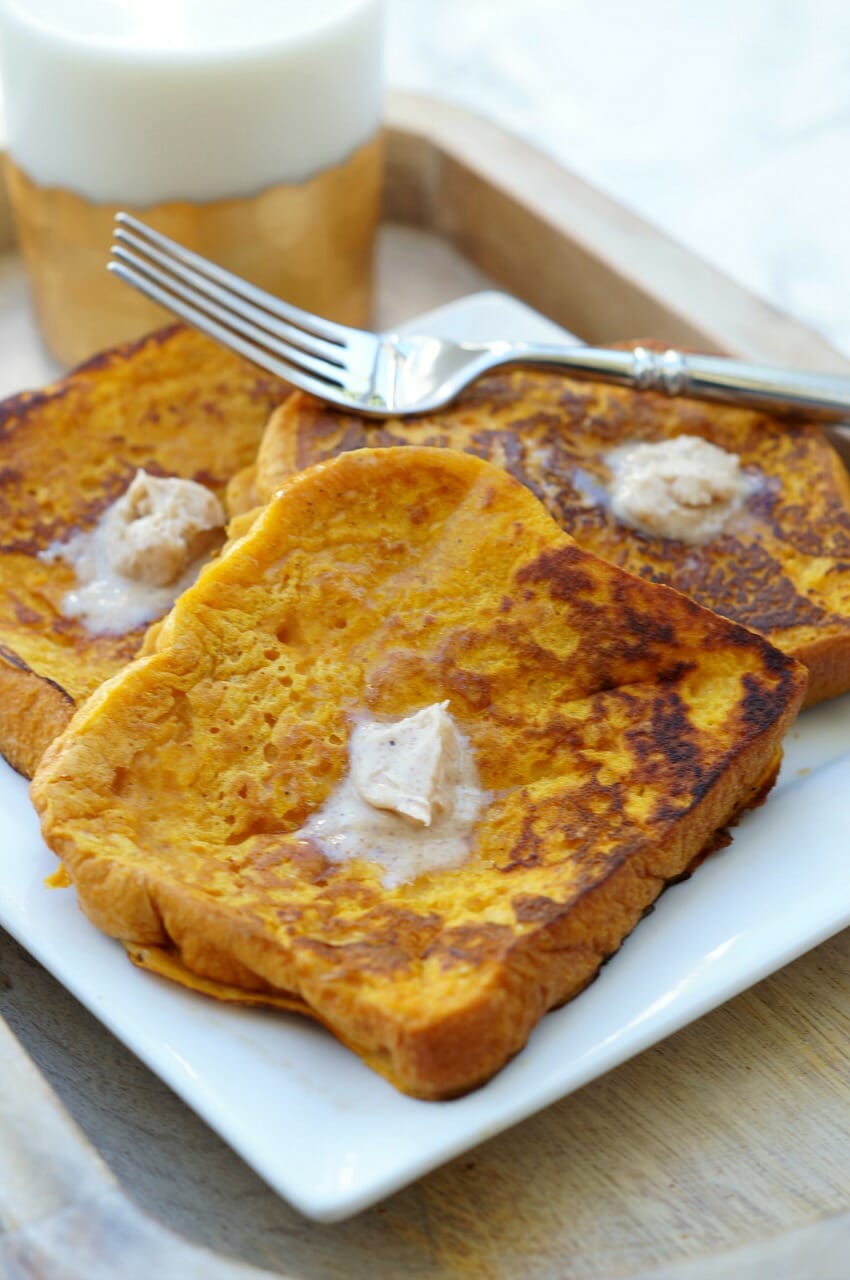 Pumpkin French Toast with Brown Sugar Cinnamon Butter is the most delicious breakfast recipe and you are missing out until you’ve had this one!

We don’t have French Toast often in our house. It is just not something that I ever think of making. My husband isn’t the biggest french toast fan, so we usually have pancakes or puffins on weekend mornings. My daughter recently has been asking for french toast though after having it at a sleepover. I have seen beautiful images of pumpkin french toast on Pinterest and got inspired. Pumpkin pancakes are one of my favorite fall breakfasts and I imagined that Pumpkin French Toast could be even better! 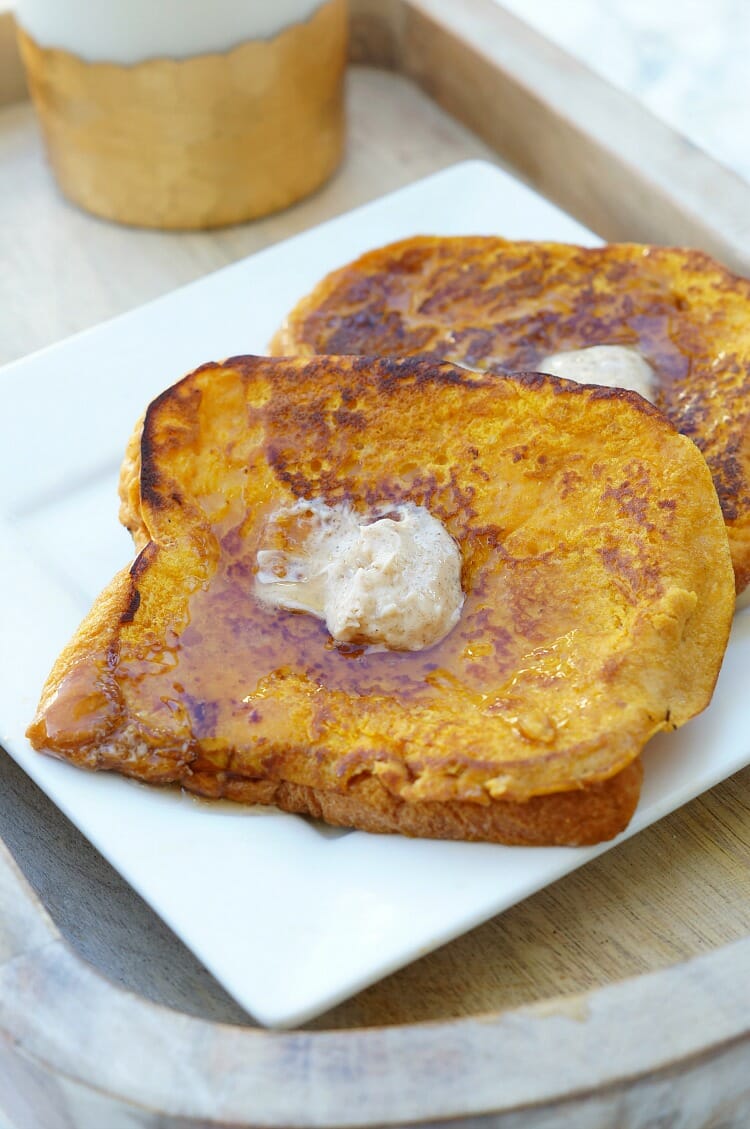 Well, I was right. Not only was this pumpkin french toast good, but I think it was probably the best french toast I have ever had! The brioche bread combined with the pumpkin batter made for such delicious texture and flavor. Even my non-french toast loving husband said it was great! Serve it with my White Chocolate Cinnamon Crockpot Lattes and you have the most decadent breakfast ever! 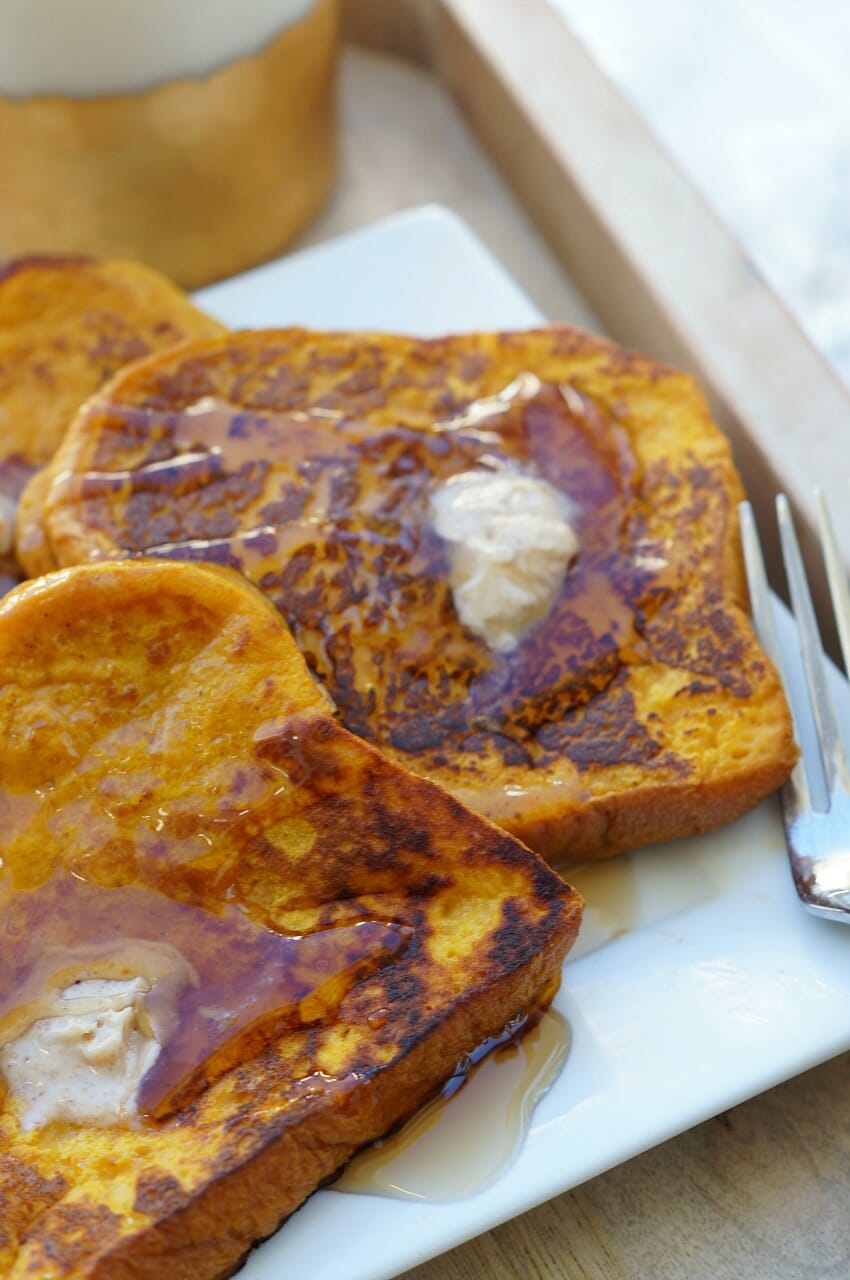 My husband always complained that he didn’t like french toast because of how soggy the bread got, so I set out to combat the sogginess with this recipe. I replaced my normal bread with brioche which is so much heartier and can withstand the quick soak in the batter. You could also use challah or another hearty bread. I know some recipes recommend soaking your bread for a few minutes, but we prefer just a quick dip.  The bread type makes a big difference, but the true secret tip here is…flour! Adding a couple of tablespoons of flour to the batter helps you get a nice coat on the bread, without all the sogginess!

This is the perfect Thanksgiving breakfast, but is good for any day that you get a hankering for some of the best french toast you have ever tasted! And the butter…please don’t forget the butter! Throw some lattes in the slow cooker too and have the best breakfast ever! 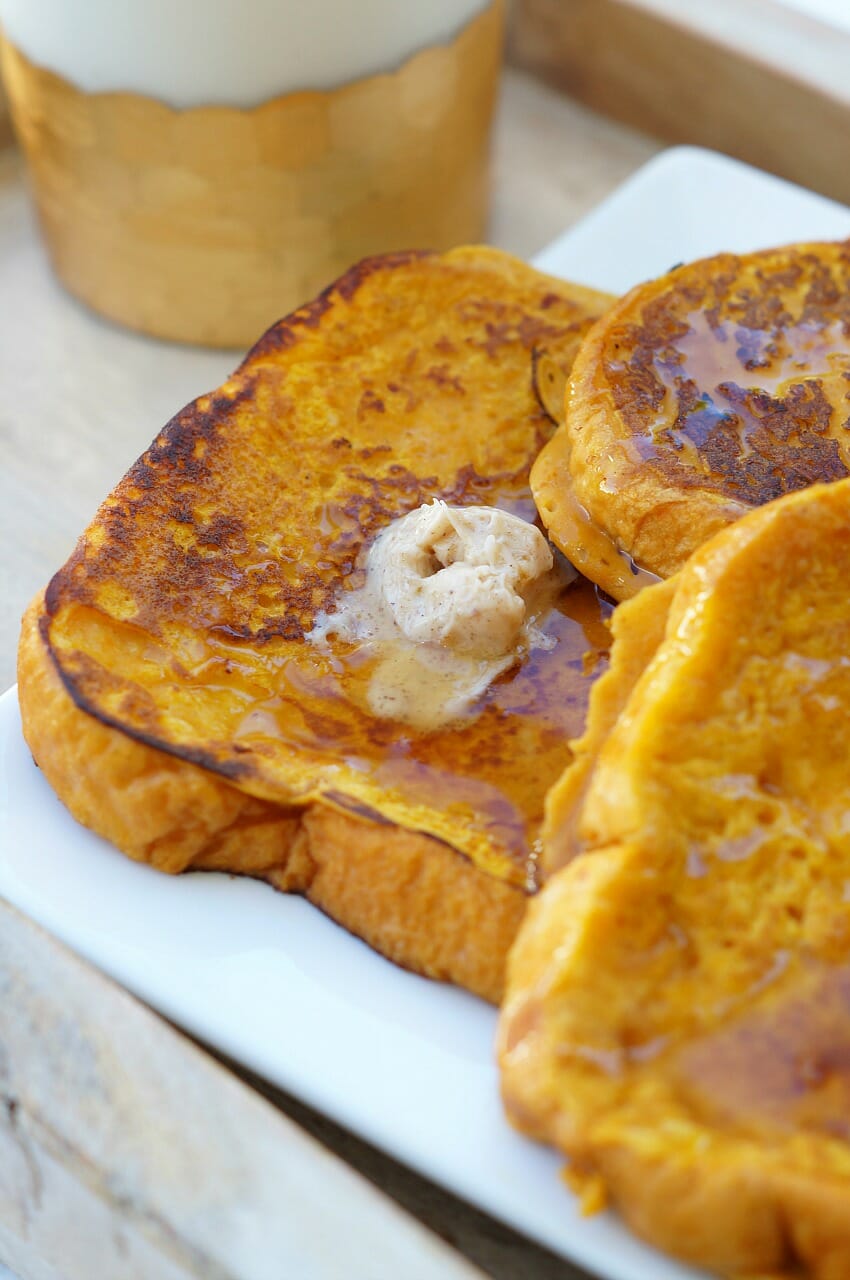 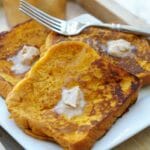 Pin This Recipe for Later!

Looking for some great Christmas gift ideas for the home chef?