This shop has been compensated by Collective Bias, Inc. and its advertiser. All opinions are mine alone. #StarbucksHolidayRecipes #CollectiveBias 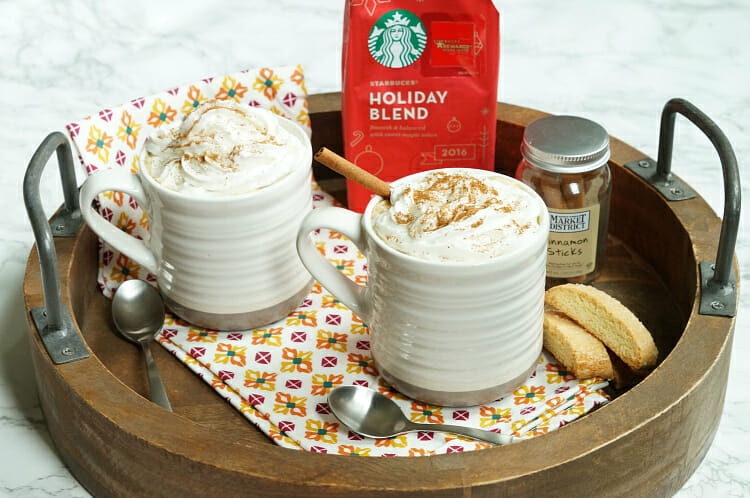 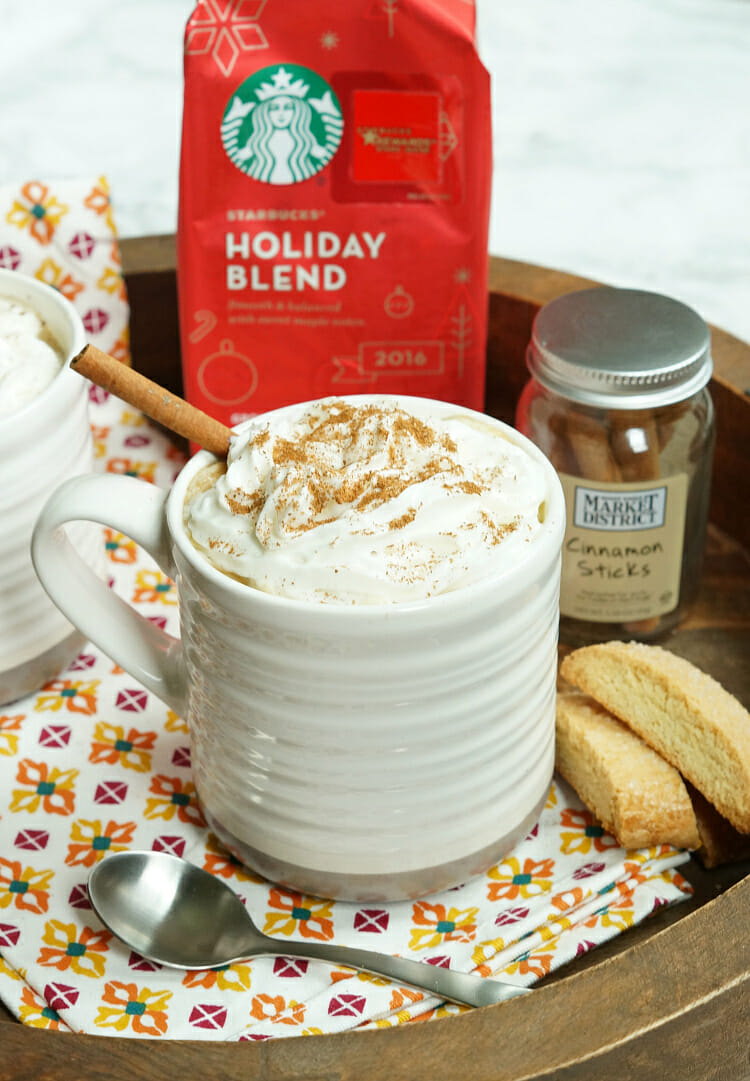 It is that time of the year that just has a certain feeling. I can’t quite put it into words, but I feel it every year around this time. Maybe it is just the crisp air, but I can feel the anticipation, the need to prepare, and the coziness. For me, the holiday season begins in October. Even as a child,  I have always loved the change from summer to fall. I have an early October birthday, so all my favorite things happened in the fall. Cooler weather, birthday celebrations, pumpkin patches, and of course the holidays. As an adult, I still look forward to the last days of September slowly transforming into a new season and bringing about a whole new feeling in the air. 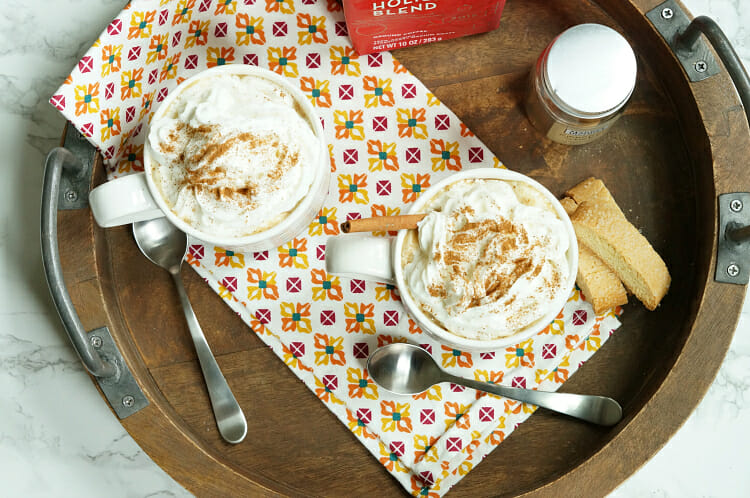 I begin to prepare for the upcoming holidays so early, sometimes a little too early. I have dialed it back a little and now fight the itch to not begin in August and wait until October. I have only bought three presents at this point, so I am doing good! I love to make lists of gift ideas, events, and of course, what I want to make this holiday season. Maybe it’s the fact that I have a newborn and am so tired, or maybe I just really love coffee, but I have had lattes on the mind this year. What fun coffee drinks can I make for holiday entertaining this year? 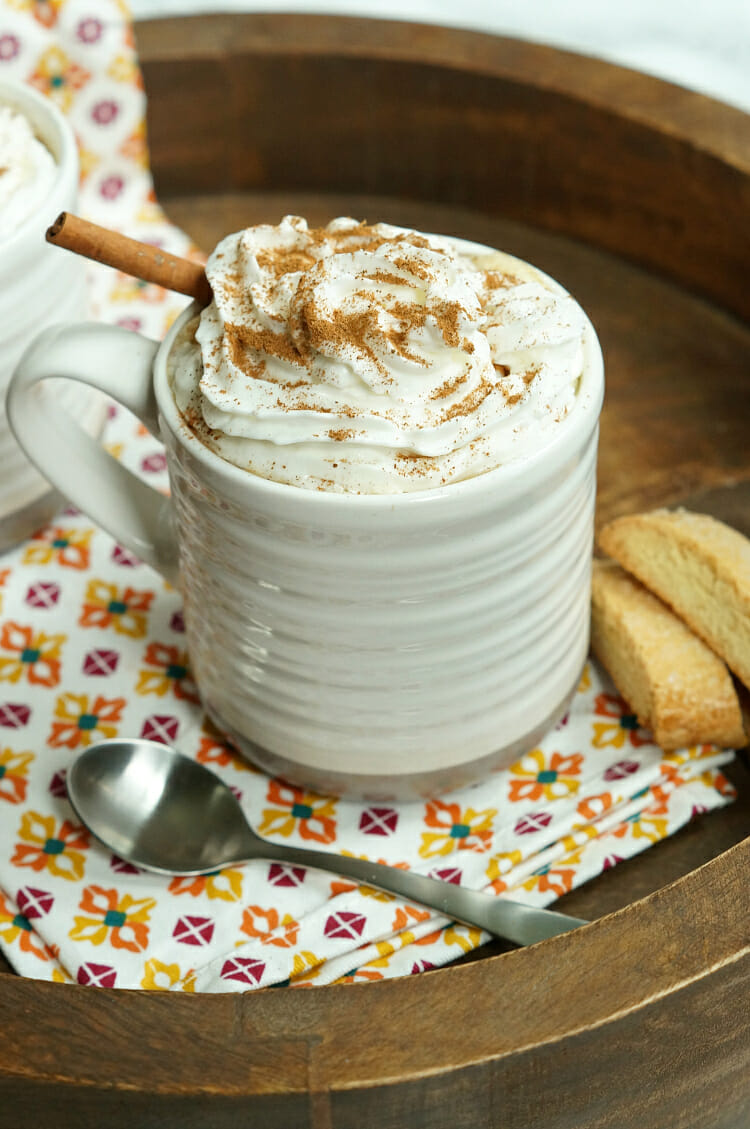 Sure, a hot, fresh pot of coffee is great for serving to friends and family, but you know what is even better? A hot drink full of strong Starbucks® coffee, lots of cream, melted white chocolate, and cinnamon. Starbucks® at-home coffee products are delicious and the perfect treat for serving during the holidays. We look forward to the holiday blend coming out every year and I love stocking up so we can enjoy it long after the holidays are over! 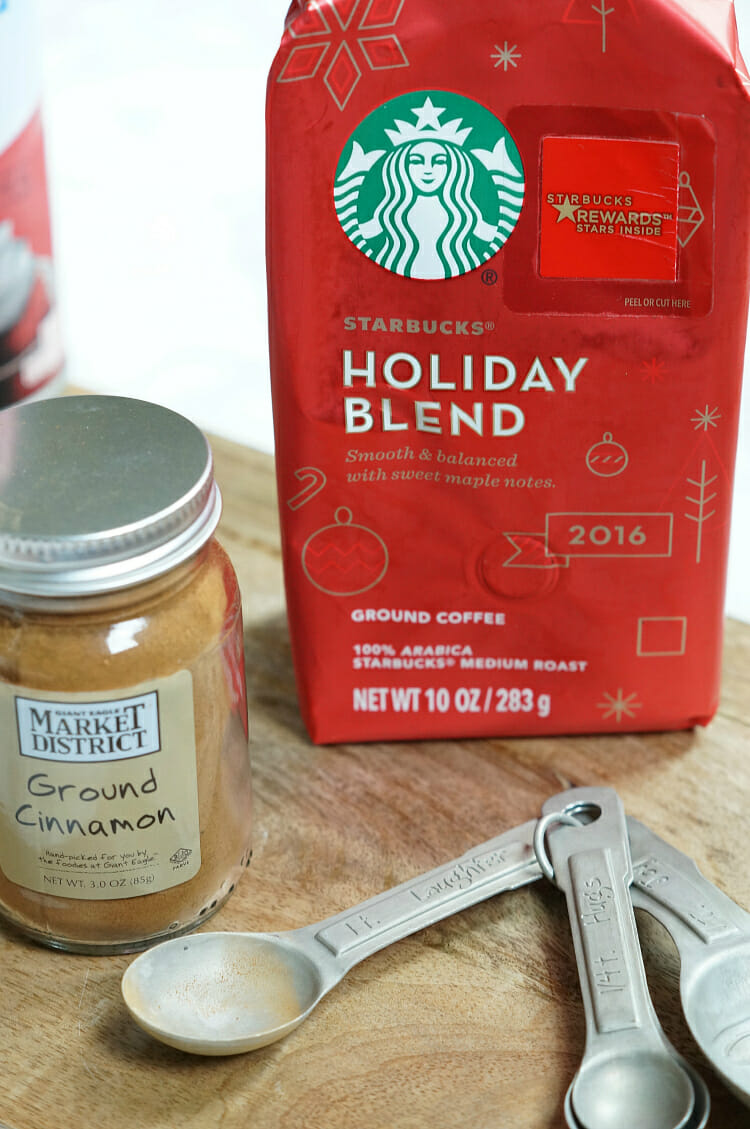 These White Chocolate Cinnamon Lattes are even better because…wait for it…they are made in the slow cooker! So you aren’t melting chocolate and mixing while your guests are waiting for their drink. You just head to the slow cooker, ladle into your mug, and garnish with whipped cream and cinnamon! 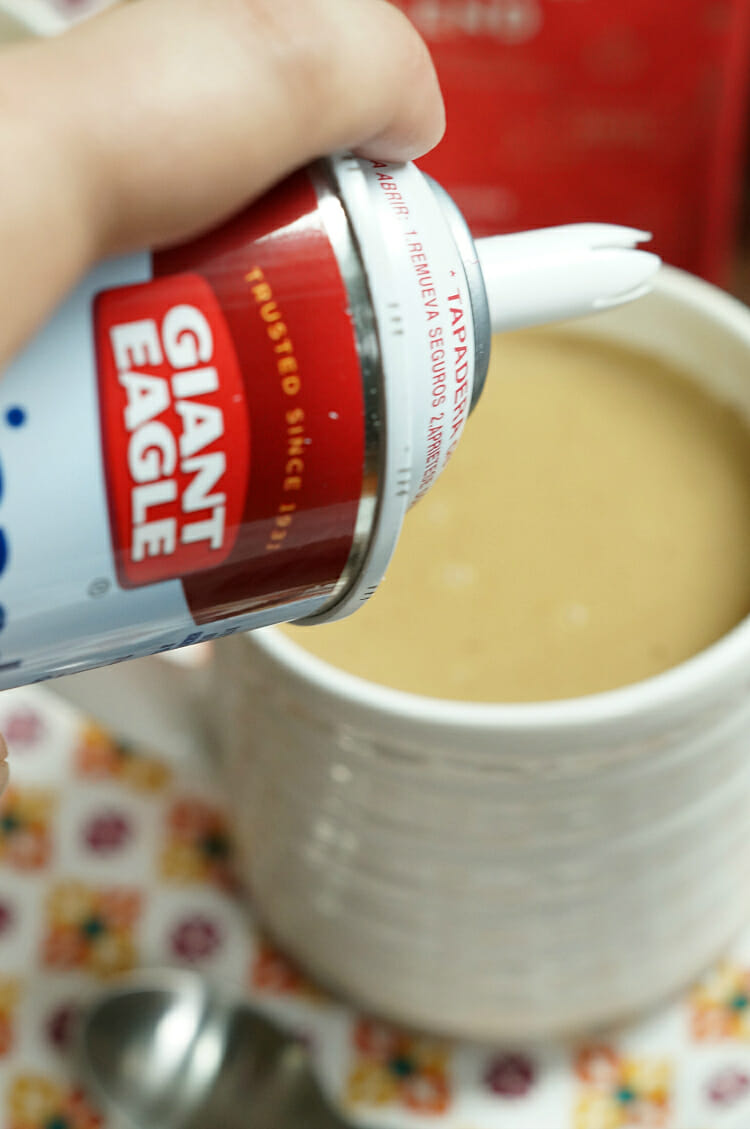 You have enough preparing to do during this entertaining season that I wanted to create something easy, but still delicious and impressive. These lattes are decadent enough to be served as dessert! Lay out some cookies or biscotti, prepare everyone a latte, and dessert is served! 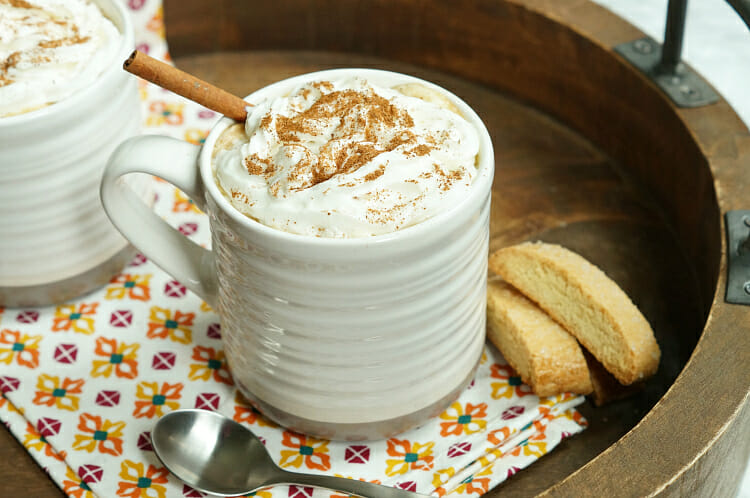 As the chocolate melts, the lattes get a thicker texture that makes them so creamy and rich. Your house will smell fantastic as they cook, too! 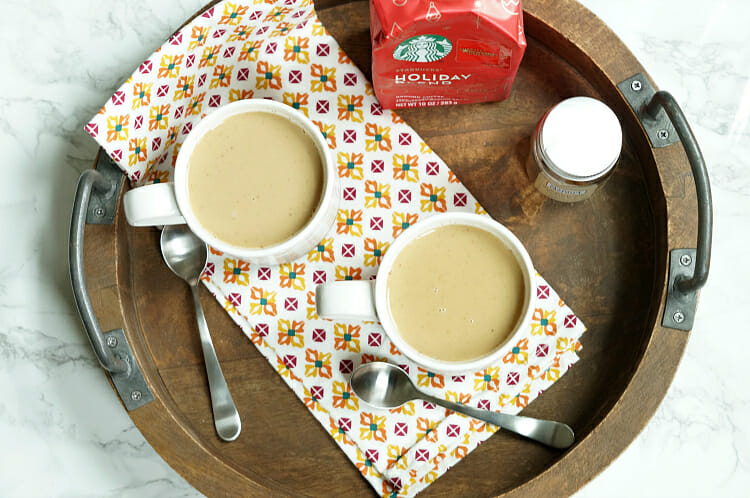 I was able to purchase all my latte ingredients at Giant Eagle. Giant Eagle is no stranger to this blog and I have repeatedly named it my go-to grocery store. I love their products and love that they carry some higher quality and more gourmet items than my other local stores. 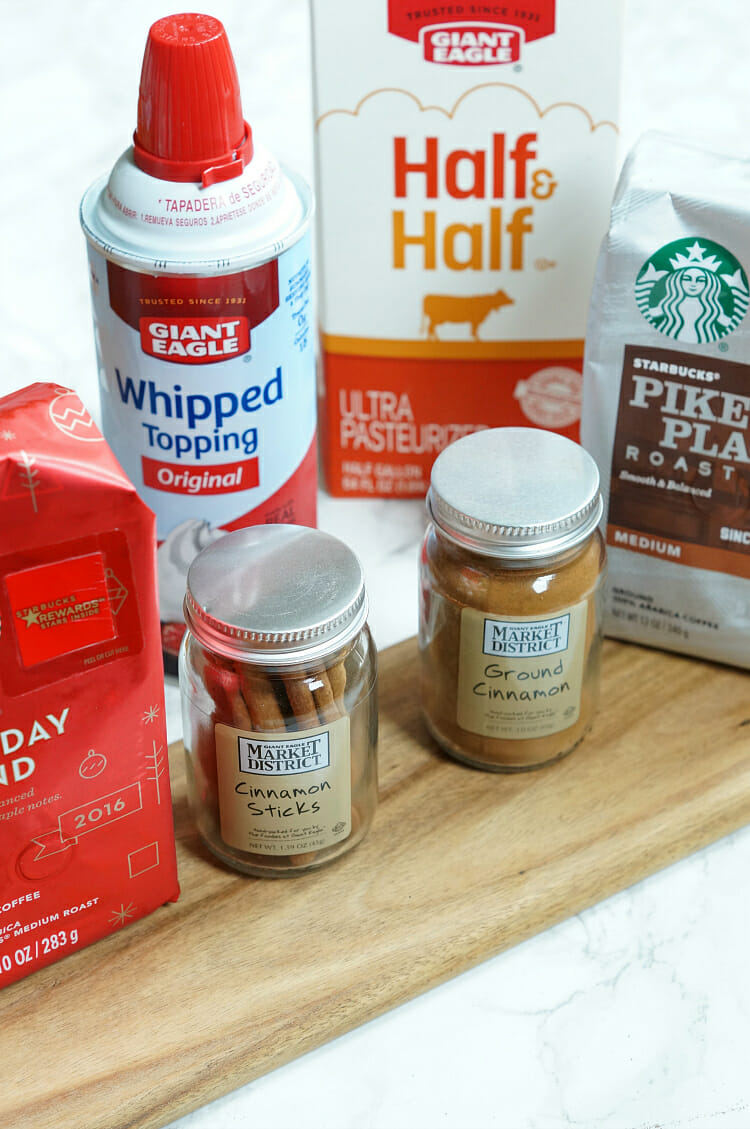 I love their Market District spice selection and used both their cinnamon and cinnamon sticks in this recipe in addition to their whipped cream and half and half. Feel free to substitute whole milk or 2% milk if you’d like. The half and half makes the lattes so creamy though! It’s the holidays, splurge a little! 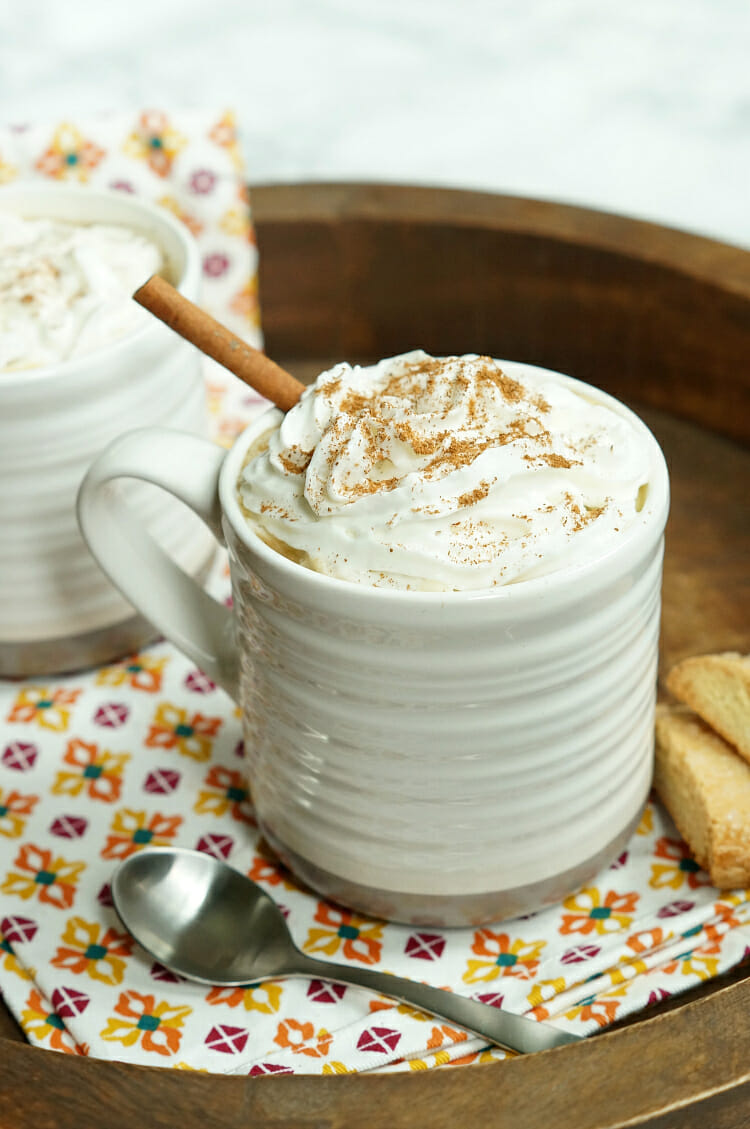 Giant Eagle also have a great selection of Starbucks® Coffees to enjoy at home, so it is a one stop shop and saves you a trip to the coffee shop during those busy holiday weeks! In addition to our holiday blend, I picked up our favorite Pike Place Roast to enjoy in the mornings. 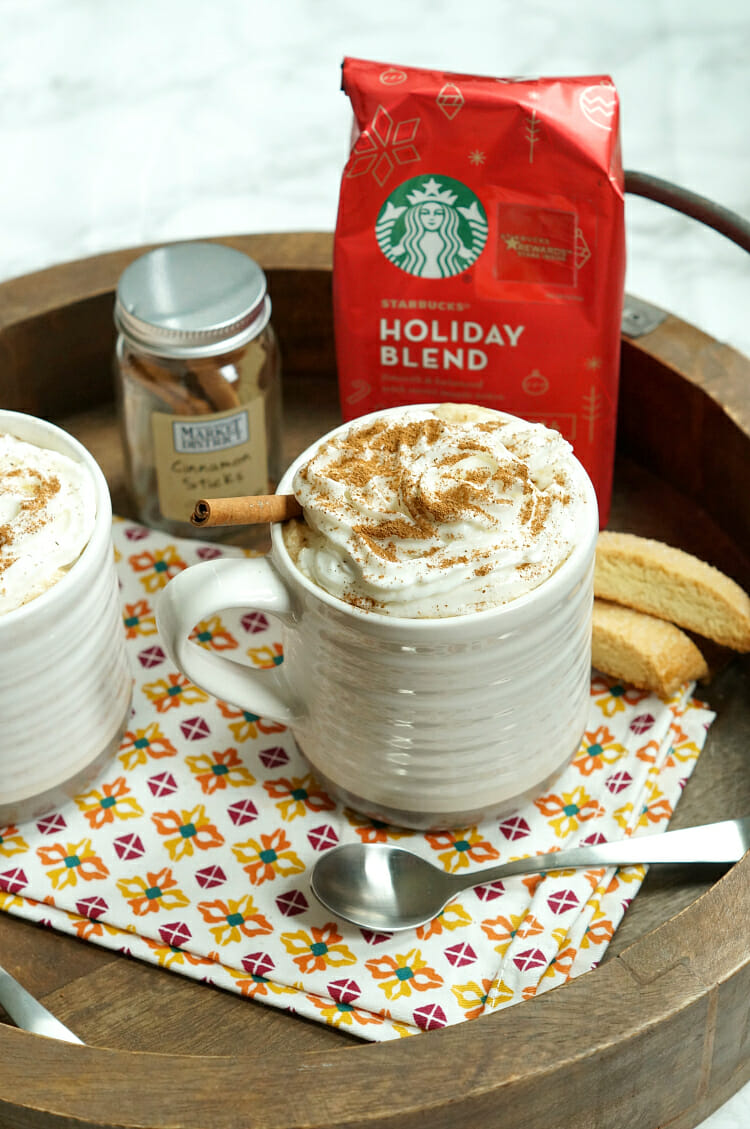 I hope you are settling into the holiday season and beginning to prepare for the busy but wonderful days ahead and I especially hope that you will soon be enjoying a warm cup of these Slow Cooker White Chocolate Cinnamon Lattes! 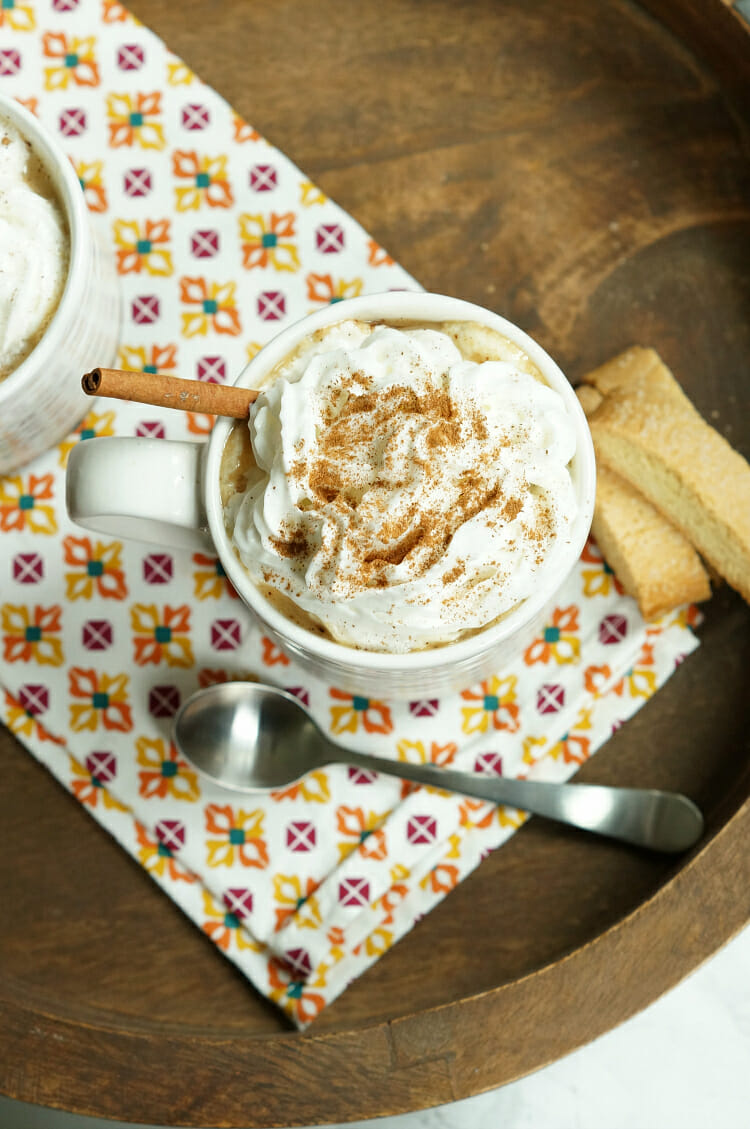 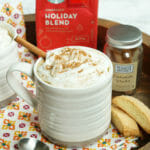 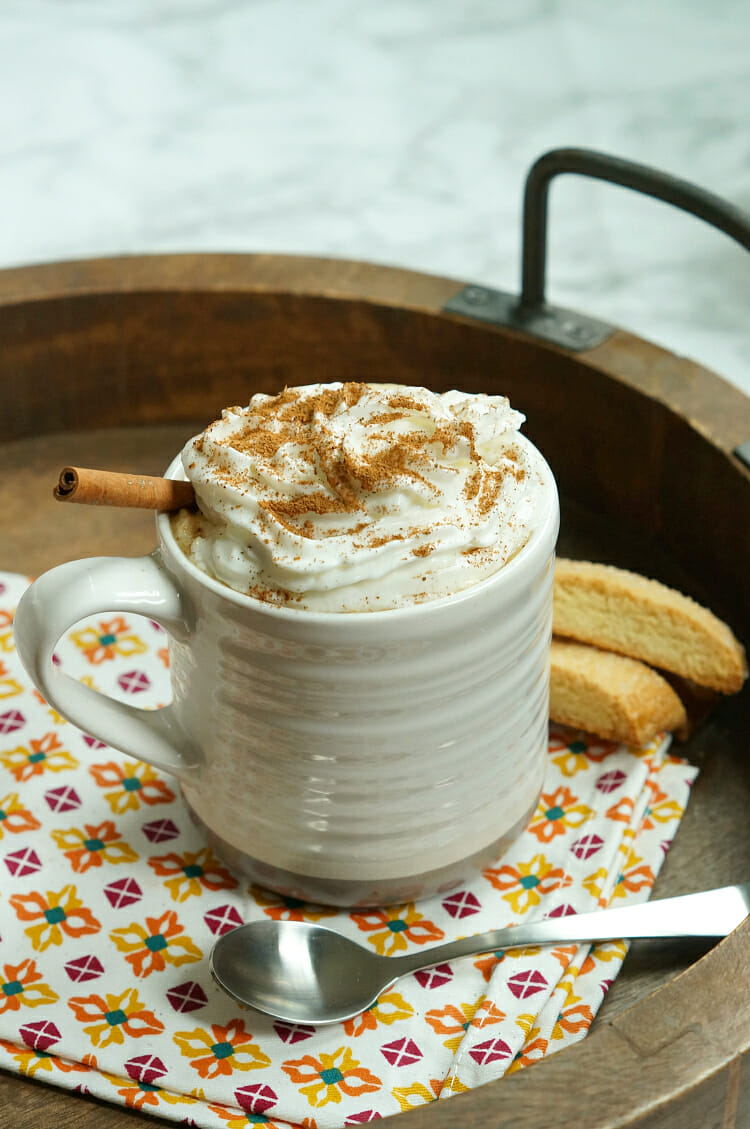 Save this recipe for later! Pin it!

You can purchase all the ingredients for this delicious recipe at Giant Eagle! 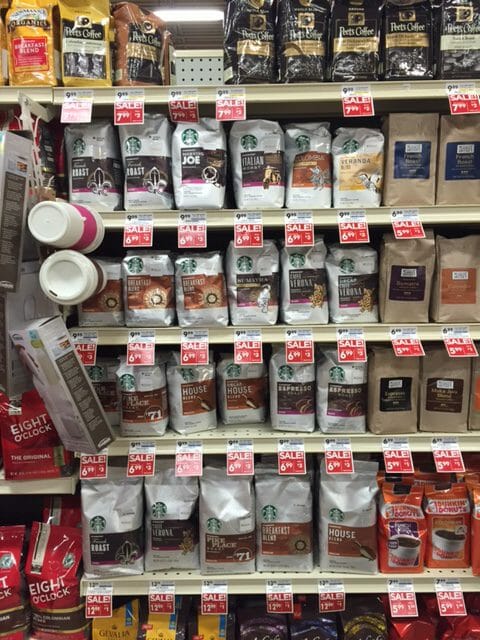