Cinnamon Rolls with Pumpkin Pie Spice Cream Cheese Frosting is the most decadent and delicious fall breakfast recipe. If you love easy pumpkin recipes, then you will love these fall inspired cinnamon rolls! 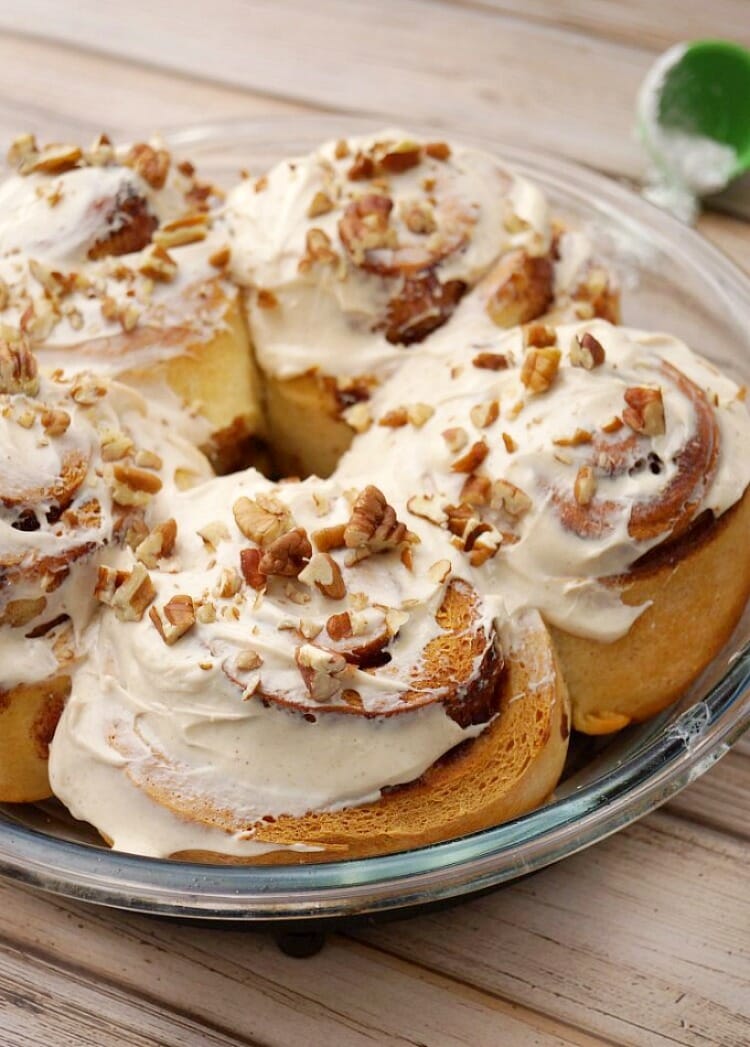 You guys…Cinnamon Rolls with Pumpkin Pie Spice Cream Cheese Frosting just may be the most delicious thing you eat this fall. Speaking of fall…you know what I love about this season? I can drink coffee in my house and not sweat my face off. Seriously, ladies without central air in their homes understand my pain. I need coffee but my house is 100 degrees, not cool at all. So one of the reasons I love fall is that I can do normal household activities without breaking a sweat, drinking coffee, vacuuming the floor, having the oven on for more than 10 minutes…all so much better in the fall! 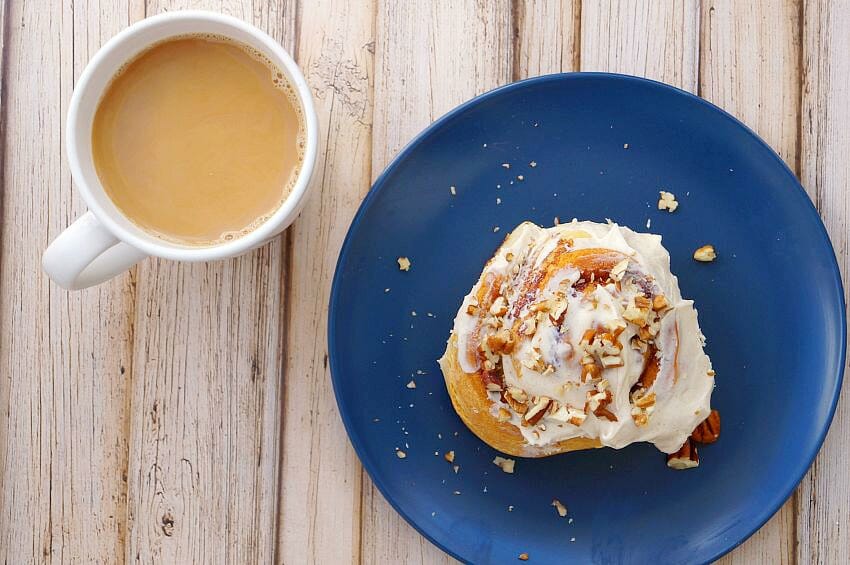 I also look forward to fun fall flavors. Desserts rich with cinnamon, pumpkin flavors, and apples. They are all so yummy and this is such a great time of the year to bake up delicious treats. And I know that I am the only one who gets excited about pumpkin spice flavored things. Instagram and Twitter are awash with people filling up on pumpkin spice and sharing it on social media! I am no different. I am jumping right on that train with these Cinnamon Rolls with Pumpkin Spice Cream Cheese Frosting. These are what fall dreams are made of…seriously. 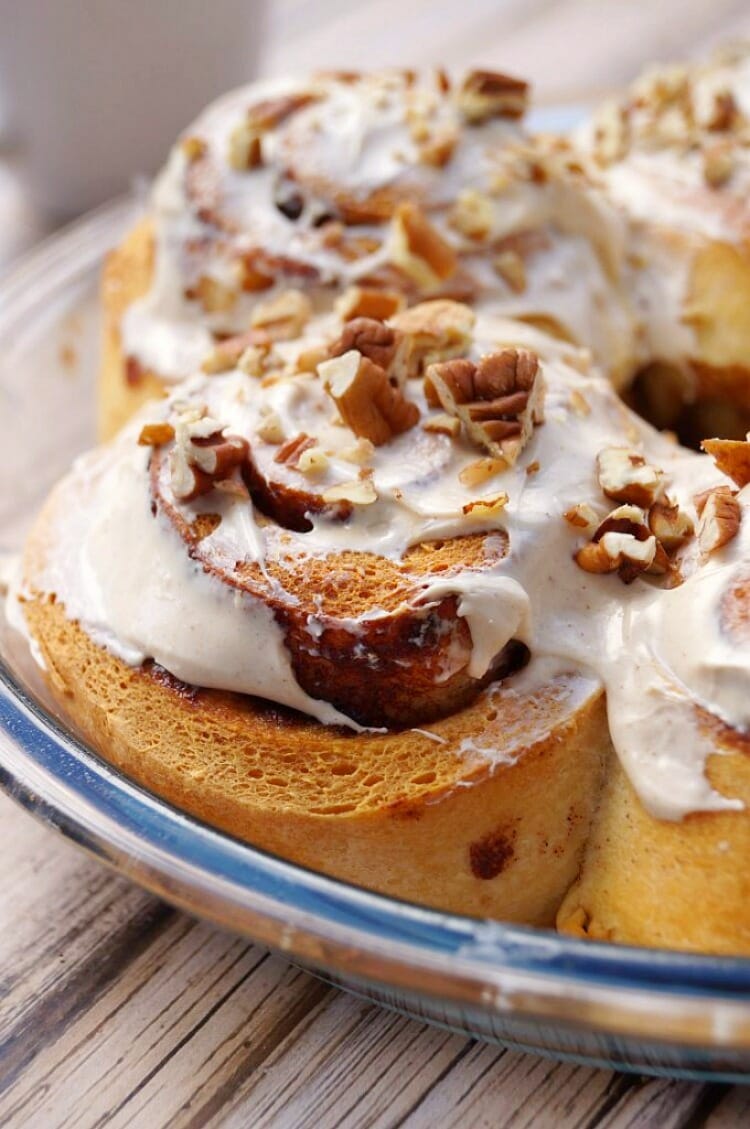 I love the versatility of easy cinnamon rolls because they can be served for holidays breakfasts, brunch, or even as an after dinner dessert with coffee. This recipe is also semi-homemade, which is one of my ways to keep holiday entertaining stress free! 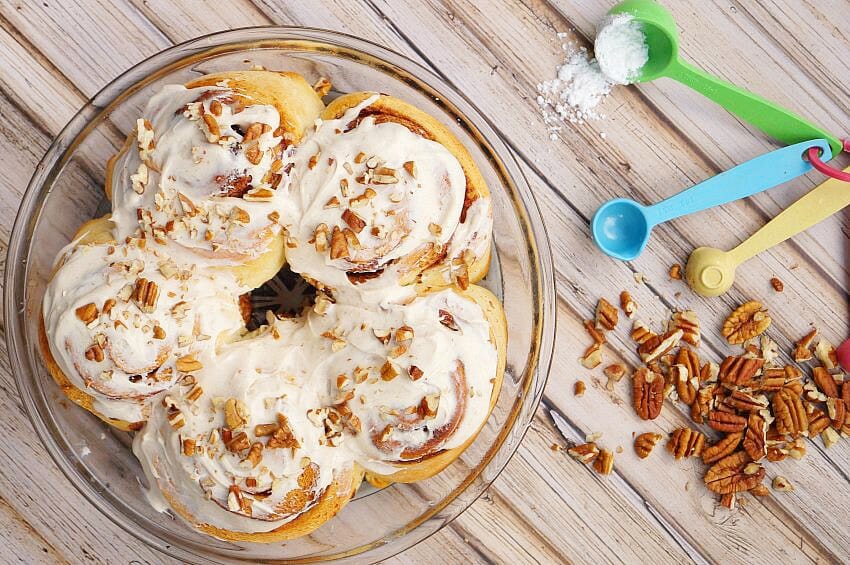 One of my favorite ways to spice up frosting is to use coffee creamer instead of extract! I knew that Pumpkin Pie Spice creamer would be an excellent addition to my traditional cream cheese frosting recipe, and I was right! It takes these cinnamon rolls from good to great and makes them perfect for fall! 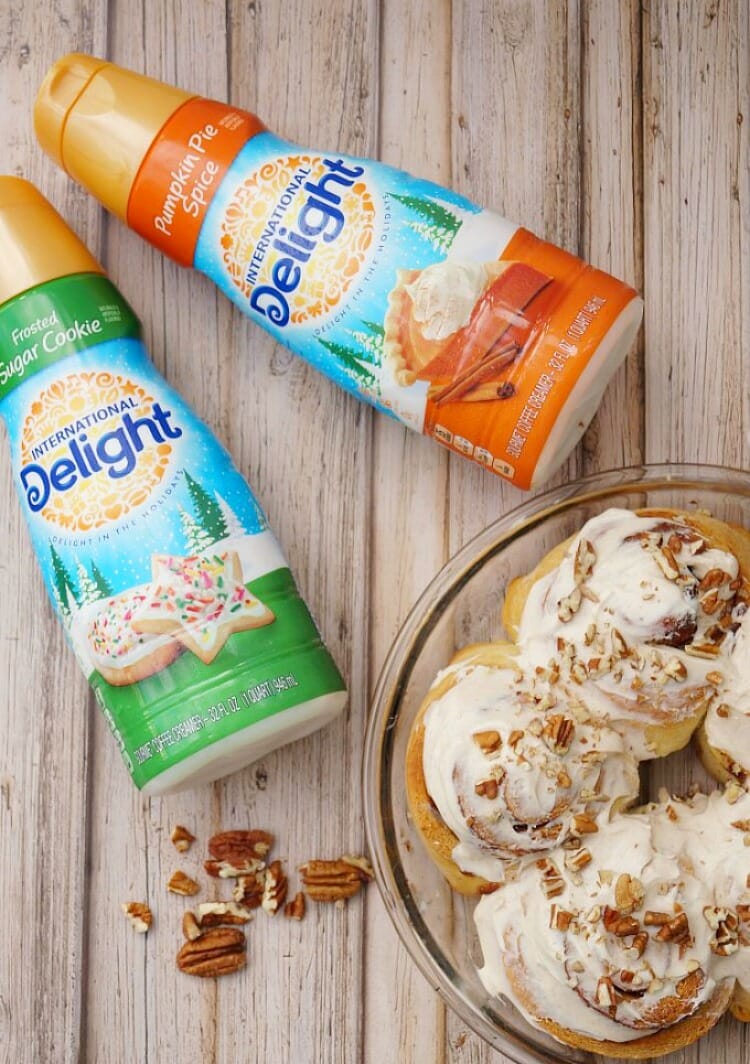 I prefer to use a stand mixer when making frosting because you can really get all the lumps out. Make sure to use room temperature cream cheese and to sift your powdered sugar! 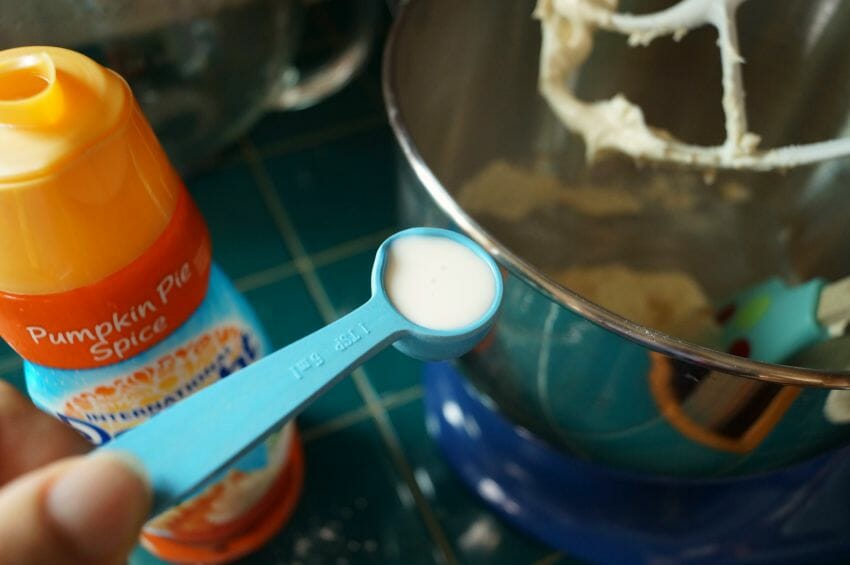 How to chop pecans

Because I couldn’t leave well enough alone (I never can) I chopped up some pecans and tossed them on top. They were the perfect earthy crunch to top these bad boys. Here’s a quick tip for you. Always buy whole pecans and chop them. It is so much cheaper this way and you get nice crunchy pieces of pecans, instead of small, almost crushed pieces, which comes in the prechopped bags. You can chop the pecans by using the pulse function on your food processor, or take a sharp knife and carefully run your knife from the top of the pile to the bottom. Go slowly so you don’t throw nuts everywhere! 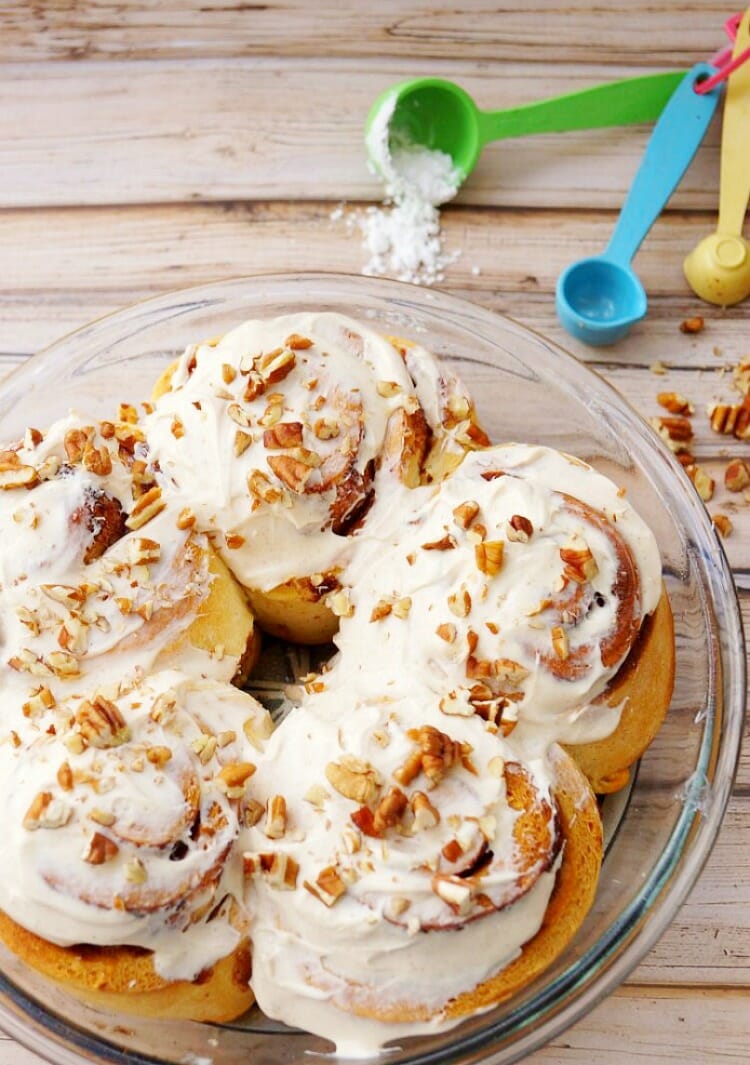 These Cinnamon Rolls are best straight out of the oven, but if you have any left over, they still taste great the next day, just reheat each one individually for 3o seconds in the microwave. If you are feeling ambitious, try my Classic Homemade Cinnamon Roll Recipe to make these. Just don´t judge my pictures on that post please, because I was a relatively new blogger! That recipe produces the absolute best cinnamon rolls I have ever had. If you are feeling less ambitious, canned cinnamon rolls will work fine too, because truly, the star of the show here is the frosting! 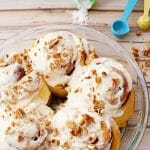 These Easy Cinnamon Rolls with Pumpkin Pie Spice Cream Cheese Frosting are perfect for Thanksgiving morning or for any chilly fall morning! 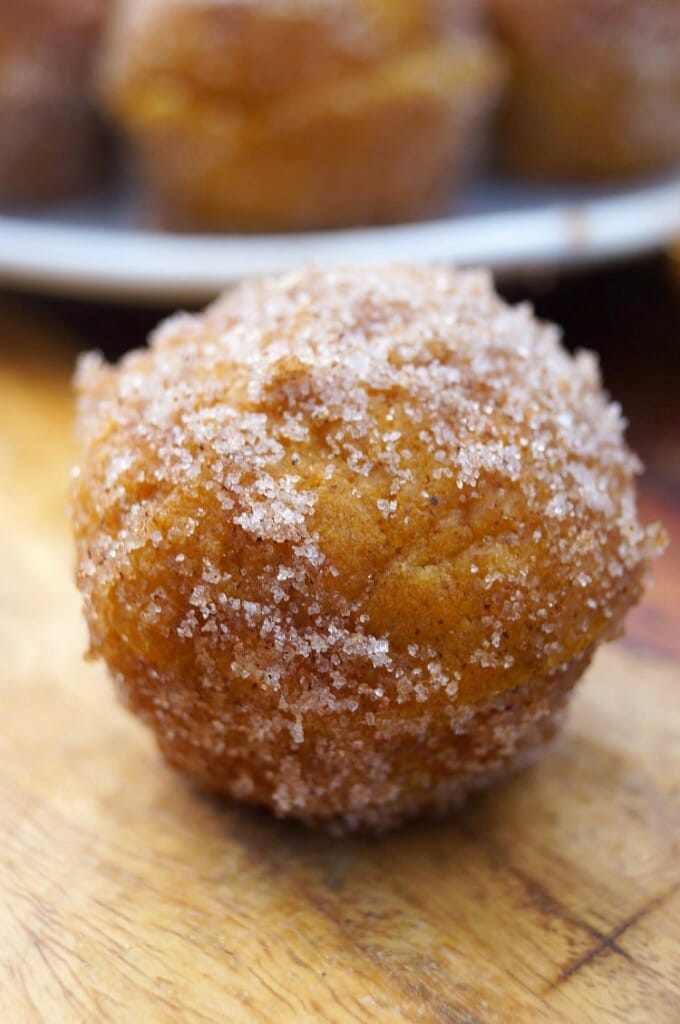 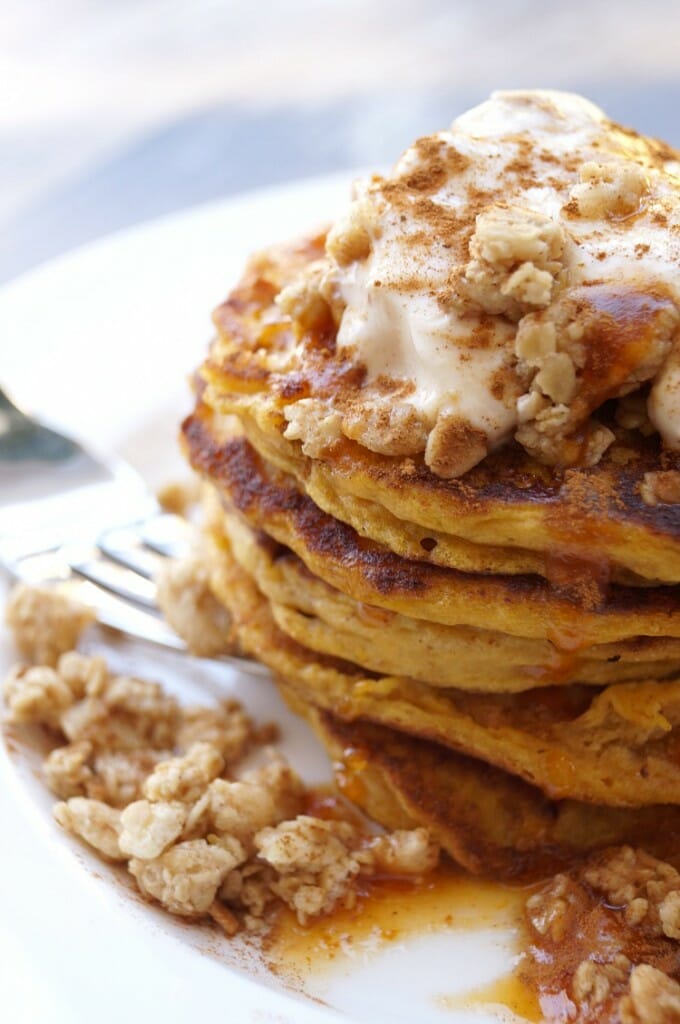 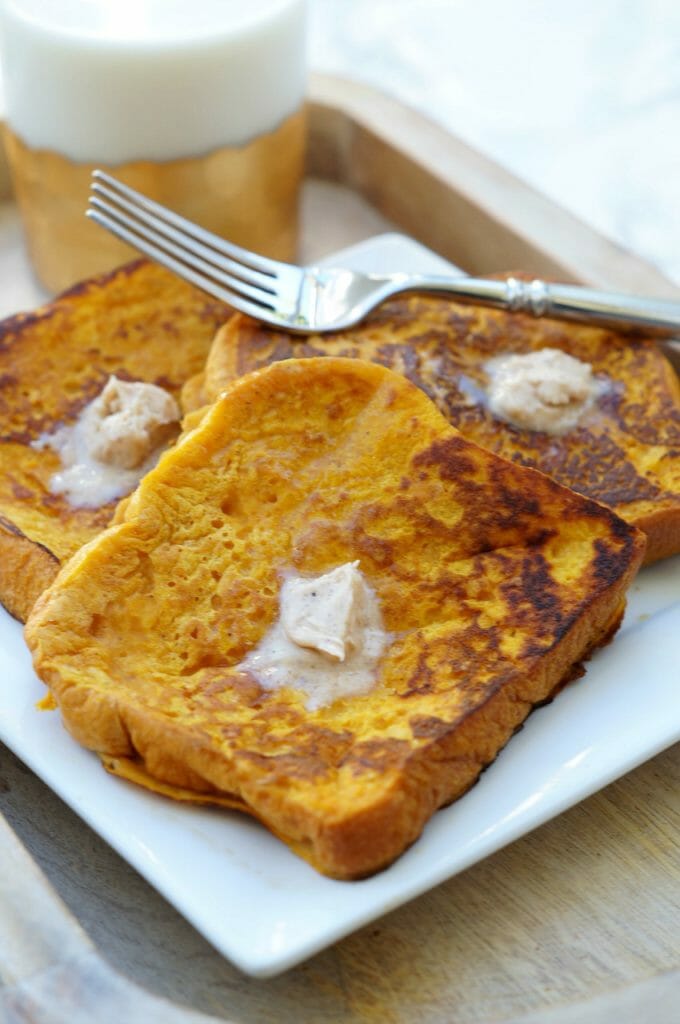